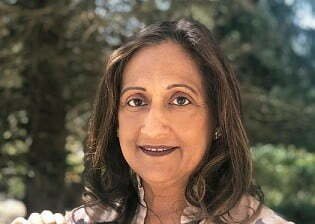 Sita Kapoor is Chief Information Officer at HealthEC and winner of the 2021 Indian Achievers Award in Business Leadership. Kapoor has played a tremendous role in leading the charge for Population Health Management (PHM) solutions and data analytics within her organization as well as the greater world of health IT.

Kapoor graduated from Rutgers University with a bachelor’s degree in Computer Science and began her data scientist career in the mid-1980s at NASA. She was a part of the engineering team that programmed the navigational backup system for the U.S. Air Force F-16 Fighting Falcon aircraft. Kapoor encrypted satellite data to prevent spacecraft communication failure.

Following her time at NASA, Kapoor made the jump to healthcare. “When I transitioned to healthcare and applied my engineering and big data experience to the industry, a new world of opportunity opened for me,” she said. That new world included co-founding and serving as CIO of IGI Health, where Kapoor built the Med-Link clearinghouse and paved the way for custom and packed healthcare portal solutions.

Kapoor then joined HealthEC, where she leads the research and development team. Kapoor applies mathematical and computing models in the custom development of large-scale data integration and analytics solutions that empower physicians and healthcare organizations to identify and engage at-risk patients requiring closer medical attention.

Hospitals, health systems, ACOs, state Medicaid programs and physician groups have come to rely on the granularity that Kapoor and her team provide to track and report clinical performance. Improvements in clinical performance and quality help these provider organizations secure proper reimbursement and financial incentives under new value and risk-based payment models.

In addition to her responsibilities at HealthEC, Kapoor serves as a board member of the Population Health Alliance, and is closely involved in HIPAA workgroups charged with defining consent and transaction standards.