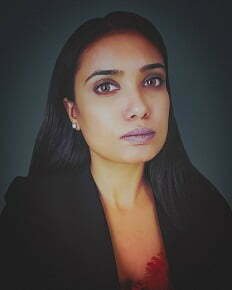 Rakasree Basu has pioneered in bringing Nordic film productions to India and co-produced the first Danish-Indian feature film. Her company, Frames Per Second Films, is one of the leading production companies in India that cater to International productions and the only company that is woman-led amongst other prominent players in the industry. She is an inclusive and equal opportunity employer and believes in a sustainable production approach. Many female professionals have started their careers with her as she ensures a safe and enabling workplace for all professionals in the film and tv-series production business.

Rakasree Basu is an award-winning producer, line producer and international co-production consultant based in Mumbai, India. Her Danish-Indian co-production “Iqbal and the jewel of India” is the first film co-produced between India and a Nordic country. Rakasree set up her company, Frames Per Second Films, in October 2015 and embarked on the journey of her first co-production with television series, “The Most Beautiful Hands of Delhi”, a project commissioned by the Swedish television and directed by the Academy Award-nominated director Hannes Holm. In 2018, she line-produced the BBC travel series, “Get Away for Winter”.

During 2016-2017, Rakasree acted as an Advisor to the Film Facilitation Office (FFO), set under the Ministry of Information and Broadcasting, Government of India and the National Film Development Corporation (NFDC). At FFO, she played a pivotal role in formulating the guidelines for the Film Visa, which has proved to be a milestone in making India a popular filming destination for international productions.

Rakasree is a fellow member of the prestigious Producers’ Network at the Marché du Film of Cannes Film Festival, a global network of promising independent producers.

Rakasree mentors aspiring producers at the Producers’ Workshop of the NFDC Film Bazaar and as a Guest Faculty in the Producing Department of the Satyajit Ray Film and Television Institute (SRFTI), Kolkata.

Rakasree is a British Council Creative Economy Scholar and is presently pursuing MSc in Creative Industries and Cultural Policy from the University of Glasgow in the United Kingdom. She graduated in Media Studies from Kalyani University, West Bengal, in 2011, where she topped the university in the department.