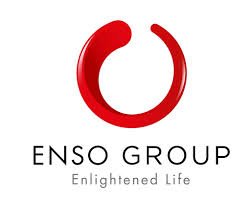 Evolution With Time Is Necessary

Vaibhav Maloo is an entrepreneur with a business background in terms of his collegiate education. He began his career in his family business which he has been a passionate part of, ever since its inception, and has played a modest role in growing it.

Vaibhav deals with a lot of macro and micro-management part of things and finds it extremely rewarding to pragmatically and sustainably live by maintaining a healthy lifestyle and a balanced approach to ups and downs in business. He swims, cycles, jogs and works out and is active on social media where he feels every voice matters.

He is a second-generation entrepreneur and belongs to a family where business and commerce have been an area of study. His grandfather was a chartered accountant and his father quit his chartered accountancy midway as he was passionate about starting his own business at a very young age.

He is very passionate about India’s growth story. He has written a few articles and blogs about his world views and views on national issues.

Currently, he serves as the managing director of Enso Group, his family enterprise of which he is one of the founding employees, is more than 16 years old. He enjoys working on making his group grow in whichever sphere possible.

As a college student, he recalls having had a paradox, to be like Jack Welch when he grew up or Richard Branson. He was inspired by both as part of understanding which leadership style would suit him. “Both were achievers but when I realized I just had to be myself, I was the happiest.”, said Vaibhav. He had read a lot about the achievements of various personalities that have impacted world history and busines history but he read and delved deeper even after college studies. According to him, “There are a lot of all-time greats but some people that have been flawless according to me were Martin Luther King Jr. and Mahatma Gandhi, incidentally having a global impact on disenfranchisement and showcasing the power of pen respectively. As you evolve, benchmarks and specialty interest areas will change or multiply, life lessons remain with you.”

Formation years of everyone are different, and his were seasoned by business talks over dinner table, since his childhood, forming his career path and dreams.

He was born in Kolkata and then moved to Delhi when his father started his telecom business and finally settled in Mumbai soon after which his father quit telecom to start his own business. He remembers one curious morning in Kolkata thinking how far does the sky end, one morning, an answer he hasn’t discovered to yet, basically the question has changed to how big is the Universe?

He has spent days in London and Dubai on work assignments and has lived the majority of his life in Mumbai which is his favorite city and home. He is a curious mind and has so far finished 4 online courses since COVID-19 started.