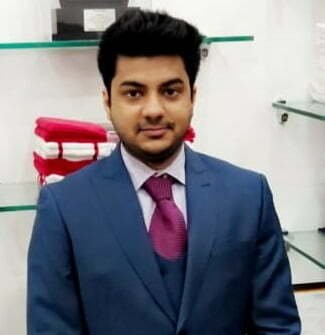 The journey has just begun..

Meet Ronak, the scion of Chiripal family. He is the youngest to join the family business but as per the family tradition he started at the grass root level. Fondly called Mr. Positive by his team for his attitude, Ronak slightly drifted away from the traditional family businesses and conceptualized Nandan Terry which is the first in the group to offer fully finished goods to customers. He started this project in 2015 and with his ability to work non-stop, he took NTPL to greater heights year after year and today his venture is among the top 5 players of the country with a turnover of whopping US$70 Million.

He conveniently shies away from taking the credit of this success and says “I have got the best team in the world and this team can achieve any milestone.” When asked if his inexperience was a bottleneck in the beginning, he said “with my team alongside me I have more than 100 years of experience and that is the reason we grew so fast.”

From getting the Silver trophy from Texprocil in the second year of operation itself to spearheading the next phase of capacity expansion, he is doing it all with the same energy and positivity as it was when he started the project. He is strong believer in ‘solution oriented’ thinking and stays calm in times of turbulence. When Covid was creating havoc in the country, he strongly stood by his staff and workers and ensured that they are all safe in these tough times.

“The journey has just begun” he says as he readies himself for bearing additional responsibilities of other group businesses. With his track record, they are sure that they would achieve even greater heights in whatever he strives to do.