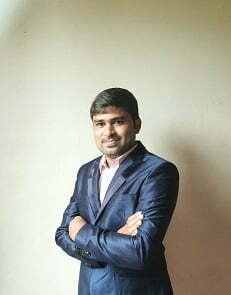 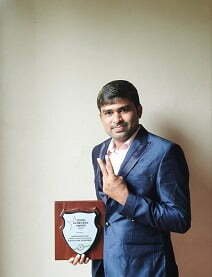 Introducing the Horticulture Officer Mr.Nagappa Kotu who has contributed his efforts to develop the area of Horticulture sector and  has brought smiles on faces of Farmers in Honnavar Taluk of Uttara Kannada district in Karnataka state. It not only helped the farmers to sustain but also increased their annual income in farming. He strongly believes “India, being the farmers country, Horticulture farming is the only solution to eradicate poverty and doubling their farm income in next 5 Years.

After joining into department of horticulture, he had dedicated most of his time in the field of extension by guiding and motivating the farmers to shift to horticulture farming. As a result, he has achieved  increase in area expansion of horticulture plantation nearly about 30 hectors within a year.

Apart from providing technical guidance, he sincerely put his efforts in providing assistance to farmers in the form of Subsidies from Government.

Being the son of farmer, he saw the struggles and constraints in farming since his childhood. So he set his goal to overcome the problems facing by our farmers. As a result, he himself established a mixed orchard of various perennial fruits trees in his farm during his college days itself. During his college days, he was taught in extension education that “Seeing is believing and learning by doing”. As a result, his dream came true. Now the fruit trees which he planted 10 years back are yielding and thus became one of the major incomes to his father pocket. Since water is the major element for human as well as plants, he mainly focused on water conservation and its effective use. He observed lot of rain water went waste to drains during rainy seasons and farmers were struggling to keep their plantation alive in harsh summer days, He never wasted a single minute. He motivated the farmers to construct water harvesting structures by proving both technical knowledge and assistance in the form of Subsidy. As a yield to his efforts, farmers didn’t allow even a single plant to die due to drought by adapting drip irrigation to plantations.

Apart from his daily work load, he never neglected his health, As he is a regular  Yoga practitioner and a sports  person, He actively participated in state level sports meet organised by Government of Karnataka for 2 times in a row. He believes “ Hum fit hai to India fit”

Nagappa Kotur is currently serving as a Assistant Horticulture Officer, In the Department of Horticulture. Through his experience and expertise, he is motivating the farmers of Honnavar Taluk to switch to Horticulture sector, which is the booming field today.

He is a man with an optimistic approach in all circumstances and hoping to help with the goal of a more robust and self-reliant India.